Makes sense in a state that's largely rural, but particularly in 2020, the people of Idaho fear PEOPLE! Here's why...

The website, Psychnewsdaily.com teamed up with Google to determine each state's biggest searched fear in 2020. Some states are afraid of Clowns, some are afraid of germs and viruses, some are simply afraid of social media, Oregon is afraid of the dark!

But people in Idaho, according to Google, are afraid of "people". Anthropophobia is the fear of people, and it's escalated this year in response to the pandemic. Maybe people are afraid of catching Covid-19, maybe people are unsettled with the civil unrest we've experienced in this country this year, or maybe we're all struggling to socialize after being quarantined for several months.

A closely associated fear is the philophobia, which is the "fear of intimacy" or "fear of falling in love". This sounds like a sad fear to have and frankly, the fear of people is pretty sad and quite a sign of the times in which we are living.

It's not just here in Idaho, though. While there are several different fears that came up on the list of each state's biggest fear, the most common around the United States is the fear of people. It's something that a lot of people are experiencing right now. On the contrary, there are several states whose biggest fear is "being alone", which would be a pretty difficult thing to have to face in 2020.

So whether you're afraid of people, being alone, or nothing at all cause you have no fears, I hope the rest of your 2020 is fantastic. 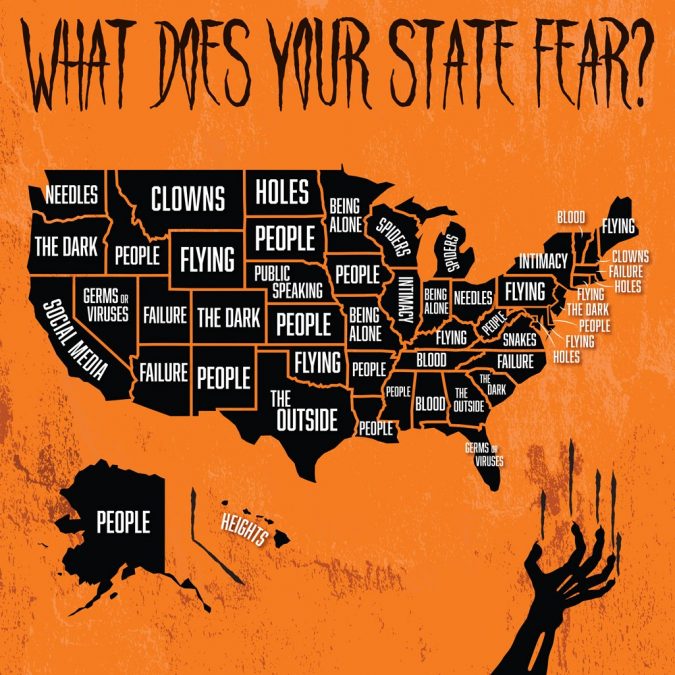 Enter your number to get our free mobile app
Filed Under: 2020, anthropophobia, anxiety, biggest fear, Boise, fear of people, Idaho, Moug, moug and angie
Categories: Local News, On-Air
Comments
Leave A Comment
Back To Top
This Cyber Monday Cheat Sheet List Will Save You Time and Money