Moug & Angie Mornings would have voted for Del Taco but we weren't asked... While most of the country chose McDonald's, Idaho chose JITB!

Keep in mind that it's not "favorite fast food", it's favorite "drunk fast food", and here in Idaho, Jack In The Box is the big winner. Moug & Angie mornings gave our vote to Del Taco (shout out to Del Taco who came by the 12 Days Of ChristMIX Toy Drive with lots of gift cards back in December.) This is of course, a survey presented by Zippia, which shows that the majority of the country would choose McDonald's over all else, California chose it's beloved In-N-Out and Texas chose their Whataburger. Burger King and Wendy's have a stronghold in some states and Taco Bell has shown up, but isn't a huge presence.

Again this is each state's favorite DRUNK fast food. If this was each state's favorite high fast food, I'd bet both Taco Bell AND Jack In The Box would be much stronger forces. But here in Idaho, it's all about Jack In The Box, who does deep fry their entire tacos, and they're cheap, which is quite a win. But Del Taco has crinkle cut fries, burritos, tacos, burgers, shakes, the works!

What about Sonic? Sonic doesn't appear to show up anywhere and Sonic is a BEAST! Sonic, when you're drunk is like a buffet of awesomeness on the cheap. I guess I don't entirely trust OR believe this particular survey, what about you? Take a look at the map for yourself... 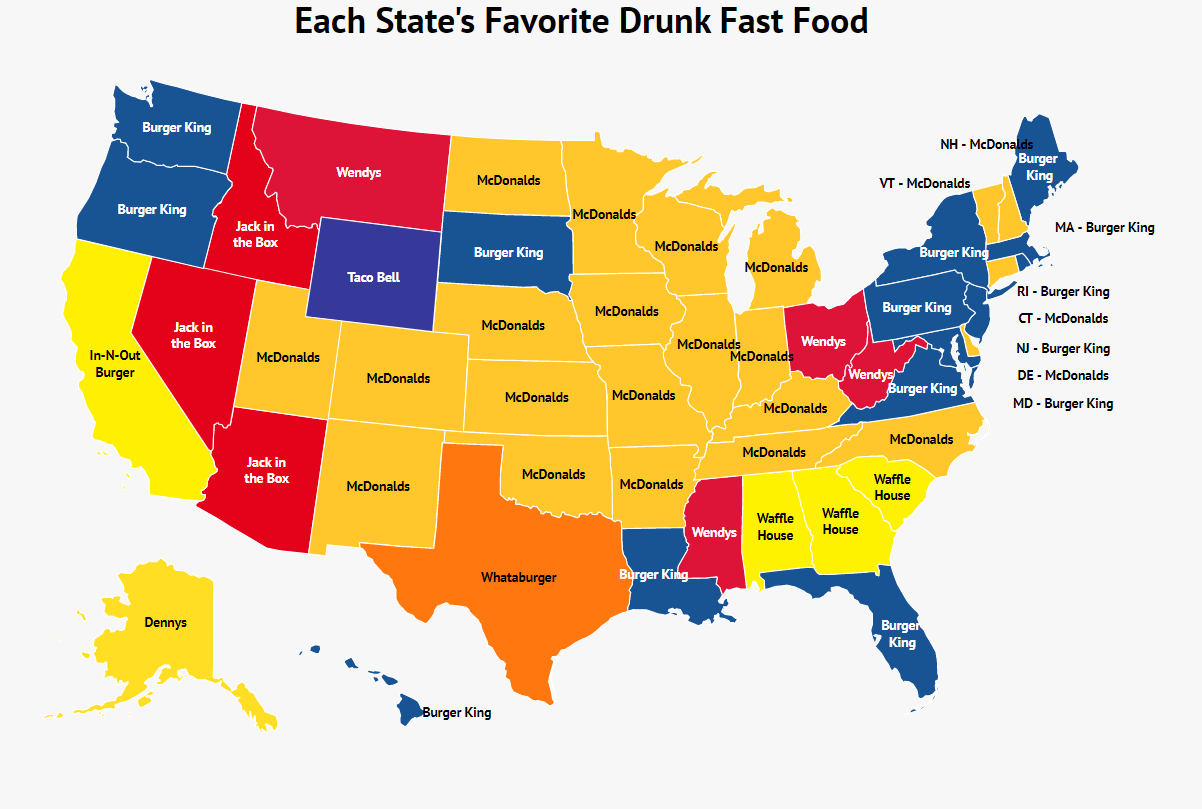 LOOK: Here are copycat recipes from 20 of the most popular fast food restaurants in America